In this article I question the likely success of a ‘marriage’ between KYC and Blockchain.
To begin I assess the current state of play for KYC finding it a challenge for both business and customers due to contributing factors including:

Once the state of play is established I articulate the resultant business challenges for banks and financial intuition, these are:

Looking at potential models for a marriage of KYC and Blockchain I first outline a utopian view before focusing in on a more detailed and realistic model of a KYC platform underpinned by Blockchain, based on current industry and technology constraints and similar in principle to a Proof of Concept recently completed in Singapore.

In the conclusion, to answer the question ‘KYC and Blockchain, could this be the perfect marriage?’ the article refocuses on the identified business challenges and assesses whether the benefits achieved from the digitally transformed KYC state would solve the business challenges.

About the author: Benjamin is a senior consultant with more than 16 years of experience helping customers drive enterprise technology change. 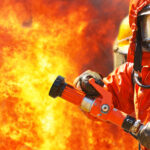 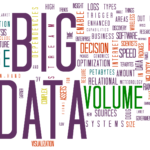 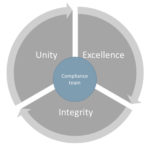 Anti Money Laundry and Financial Crime Conference LONDON 2017 – Day 2 reflections
We use cookies on our website to give you the most relevant experience. Cookie SettingsAccept
Manage consent

This website uses cookies to improve your experience while you navigate through the website. Out of these, the cookies that are categorized as necessary are stored on your browser as they are essential for the working of basic functionalities of the website. We also use third-party cookies that help us analyze and understand how you use this website. These cookies will be stored in your browser only with your consent. You also have the option to opt-out of these cookies. But opting out of some of these cookies may affect your browsing experience.
Necessary Always Enabled
Necessary cookies are absolutely essential for the website to function properly. These cookies ensure basic functionalities and security features of the website, anonymously.
Functional
Functional cookies help to perform certain functionalities like sharing the content of the website on social media platforms, collect feedbacks, and other third-party features.
Performance
Performance cookies are used to understand and analyze the key performance indexes of the website which helps in delivering a better user experience for the visitors.
Analytics
Analytical cookies are used to understand how visitors interact with the website. These cookies help provide information on metrics the number of visitors, bounce rate, traffic source, etc.
Advertisement
Advertisement cookies are used to provide visitors with relevant ads and marketing campaigns. These cookies track visitors across websites and collect information to provide customized ads.
Others
Other uncategorized cookies are those that are being analyzed and have not been classified into a category as yet.
SAVE & ACCEPT